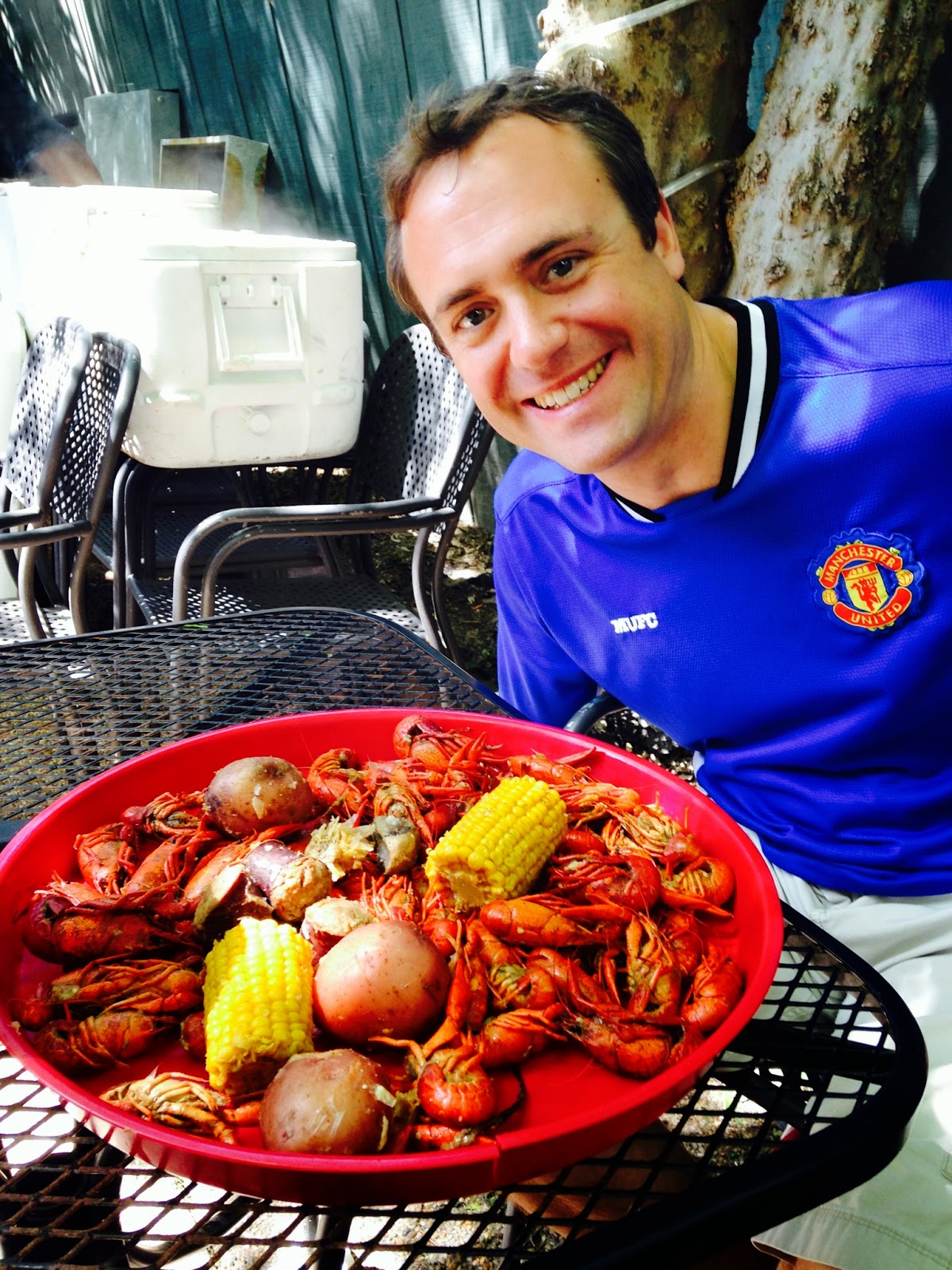 New Orleans is incredible.  I have been twice now- one for business and a bit of pleasure and another time for my Honeymoon.  The first trip was in the heat of the summer- late July & it was so hot and humid that my husband had to go to the French Market to buy quite a few extra shirts because we had to change our clothes a couple times a day because of the sweat.  That might not sound appealing to you, but we could not resist walking the streets of NOLA, dipping in to the different places to shop and eat to cool off and explore.  We also had the opportunity to catch the Satchmo Festival where the music and the people were so fun.
TIP:  The streets can be cobblestone or a little broken up here and there.  It is not the place to go exploring in uncomfortable shoes or heels!  I had an awesome pair of Merrill sandals that kept me sturdy and were cute enough to match all of the dresses I brought to keep me cool.  Ladies- if you are going to be sweating, consider dresses or linen shorts/pants/crops.  Jean anything will do you no good in the heat of NOLA.  Also, I am a fan of Marriott and have stayed at both the JW Marriott on the French Quarter (great location, rooms, pool, more expensive) and the Renaissance New Orleans Pere Marquette Hotel (less expensive than the JW, fantastic lobby, great staff, and very nice sized rooms- we will be booking this one again). 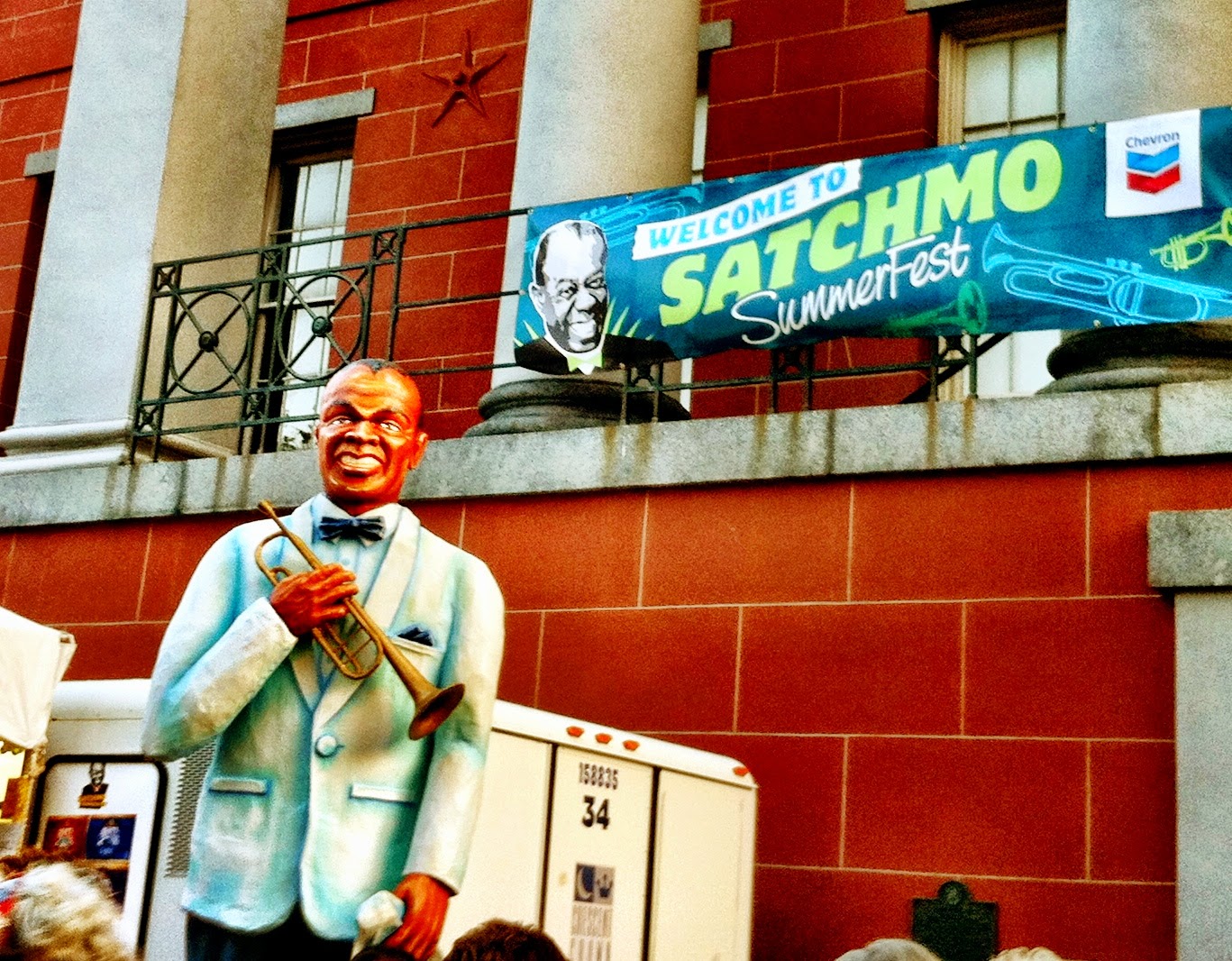 Here's mine and my husband Alex's Current Top 10 List (I had made this for my brother who was there for a Bachelor Party and it was his first trip- he showed it to one of the guys in the party who was a local, who confirmed it to be a "very good list"): 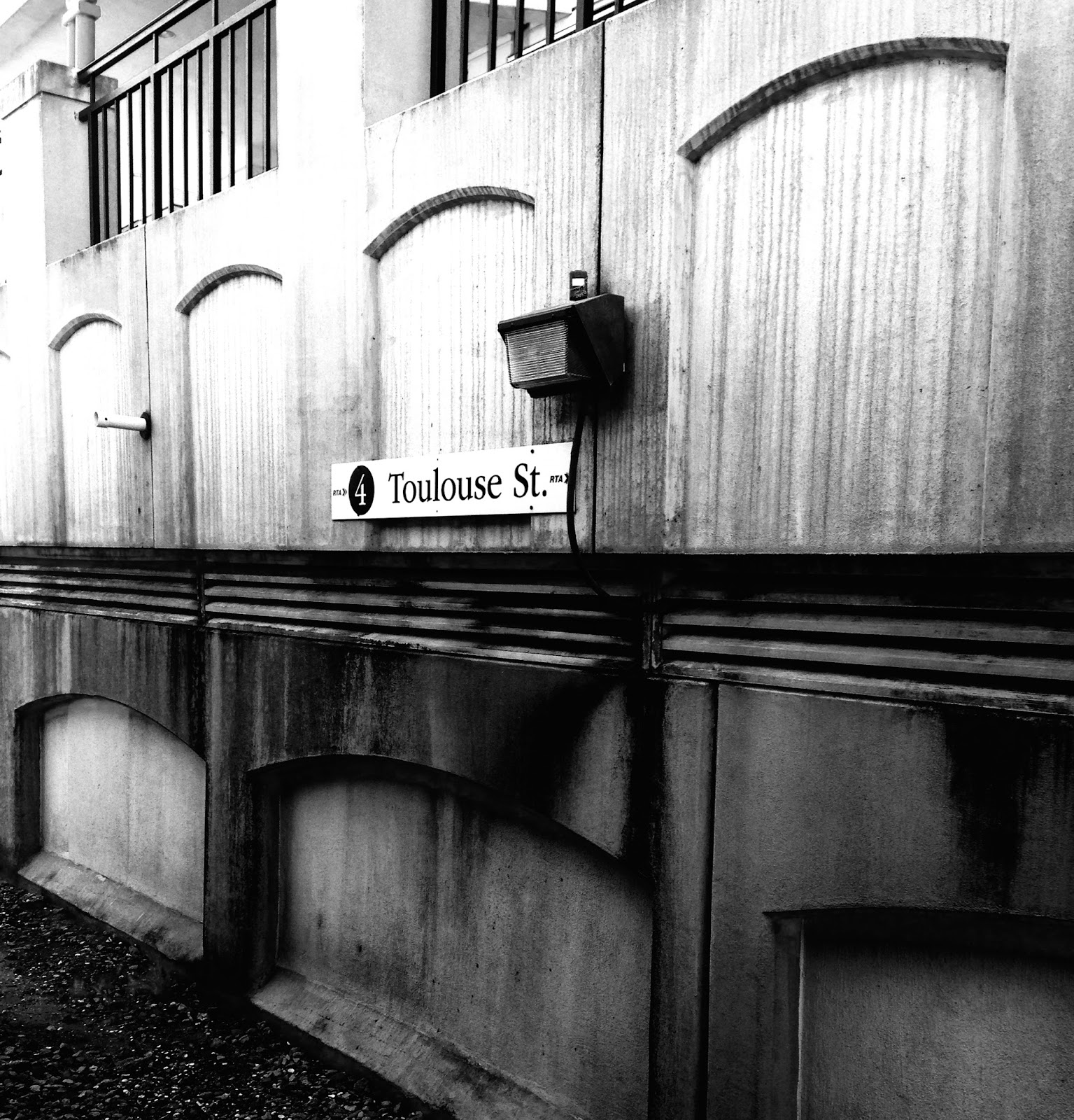 1.   Day One: make sure to get a Jazzy Pass (you can get these at CVS and they’re only a few bucks, but they give you access to all of the street cars & public transit, including some of the fairies if you want to cross the Mississippi River for fun).  Use your Jazzy Pass to ride the St. Charles Car to the garden district and take the Canal Street Car to the City Park, where there is a fantastic outdoor sculpture garden (and paddleboats that look like ducks), as well as take the Canal Street Car to the cemeteries:  http://www.norta.com/Fares-Passes/Jazzy-Pass.aspx 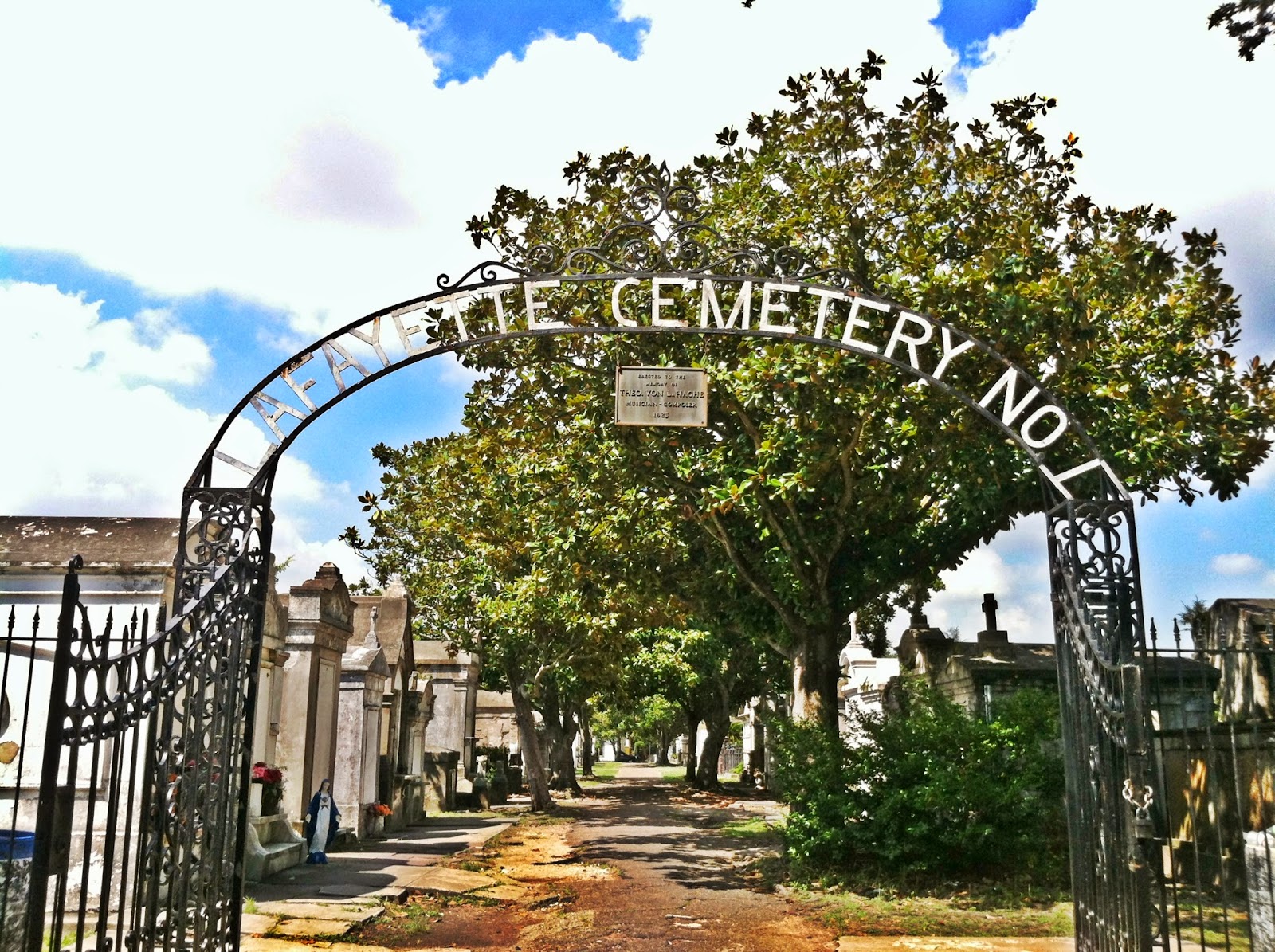 2.   Get breakfast at Daisy Dukes.  There are several locations, but go to the one in the Central Business District off of Carondelet St.  Ask for TONI the waitress.  She will try to “shove God down your throat” which you will totally get if you have the pleasure of her waiting on you haha.  AMAZING FOOD, CHEAP FOOD, BOGO Bloody Mary’s.

3.   Stop in to Turtle Bay and have their “GREEN drink- might be called Shell Shocked” – it is GREAT and refreshing.  They also have a drink in a skull glass that is called the “resurrection”.  The first time I heard my husband sing was after drinking the resurrection and my goodness- "I Can't Go For That" by Hall & Oats will be one of my favorite songs forever.  Also, Alex and I have been lucky to hit their Crawfish Boil on Saturdays both times were have been to NOLA.  SO GOOD. 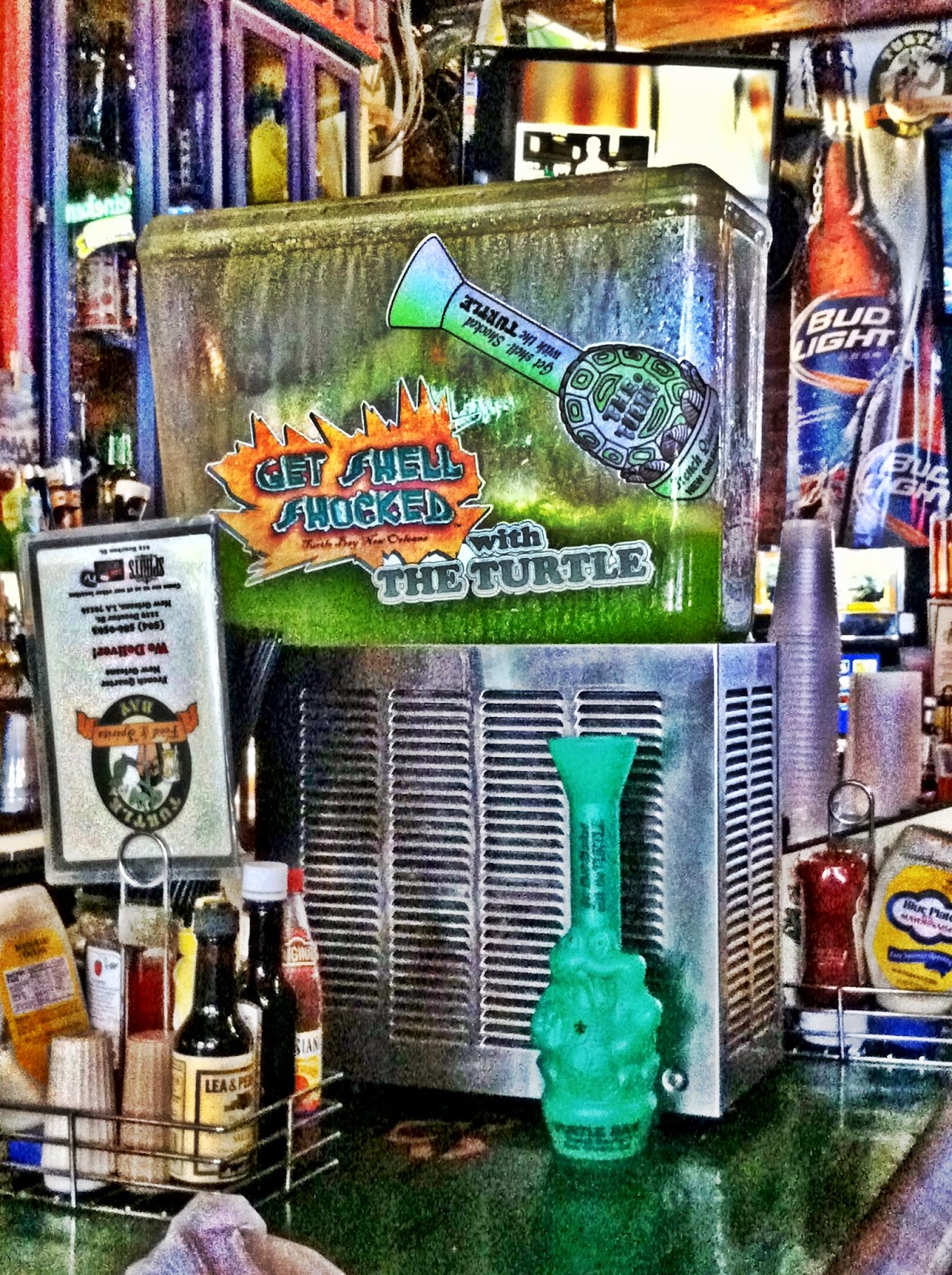 4.   Get dressed up and head to the best Happy Hour in New Orleans:  Luke’s on St. Charles.  I’m pretty sure it’s in the Hilton.  It has the BEST oysters and drink specials.  Forget the ACME oyster house.  Make reservations, you can do it here:  http://www.lukeneworleans.com.

5.   Almost as famous as Pat O’Brien’s Hurricanes is breakfast at Mother’s.  It is completely worth it!  There will be a line, but it is certainly one of those places you should check out.  Even if you don’t go for breakfast…it’s small, famous, wonderful.  http://www.mothersrestaurant.net

6.   The Steamboat Natchez tour is actually pretty good.  It takes you on the Mississippi and you get to go see where the levees broke down during Hurricane Katrina.  We did the Easter brunch tour last year and wear sunscreen and bring a hoodie or jacket because it's a bit cooler on the water.  They have good food and all you can drink mimosas and bloody marys.  http://www.steamboatnatchez.com

7.   Fritzels:  this is a small, European jazz club.  It is classy.  Grab some cigars and some scotch and go sit in for a few songs.  And it’s a good fresh of breath air from the hoopla on Bourbon Street (its right on Bourbon Street) http://www.fritzelsjazz.net

8.   Café DuMonde:  Best beignets and coffee EVER.  Seriously, the coffee is awesome.  It is open 24 hours.  Beware of pick-pocketers.  This is an absolute must do and have.  It’s cheap, it’s wonderful.  http://www.cafedumonde.com 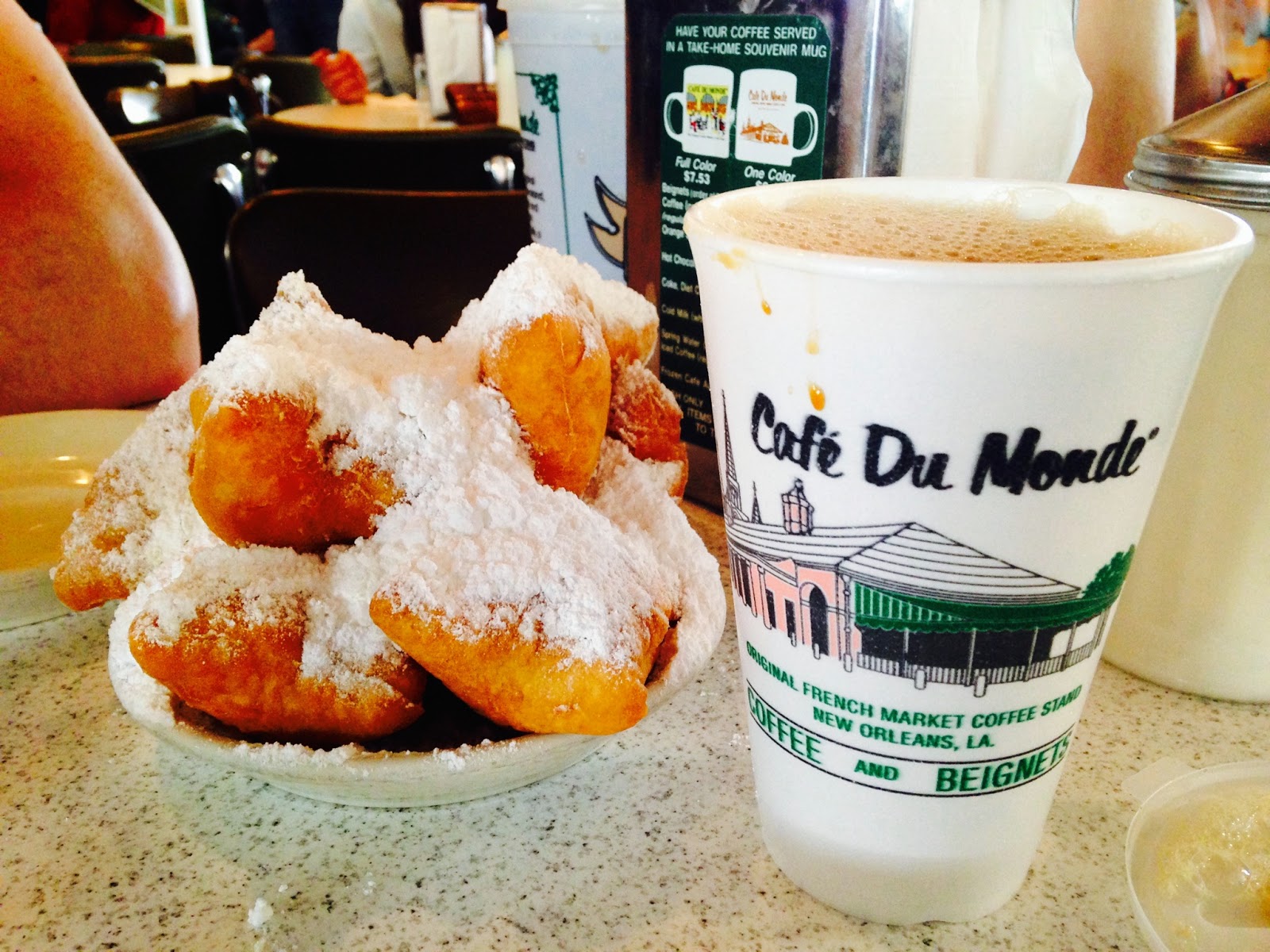 9.   The French Market:  Take the street car down the French Market.  There’s a bunch of good shopping (cheap t-shirts and knickknacks for the boys), as well as the best Bloody Mary I’ve had in NOLA, at the Gazebo Café.  http://www.frenchmarket.org 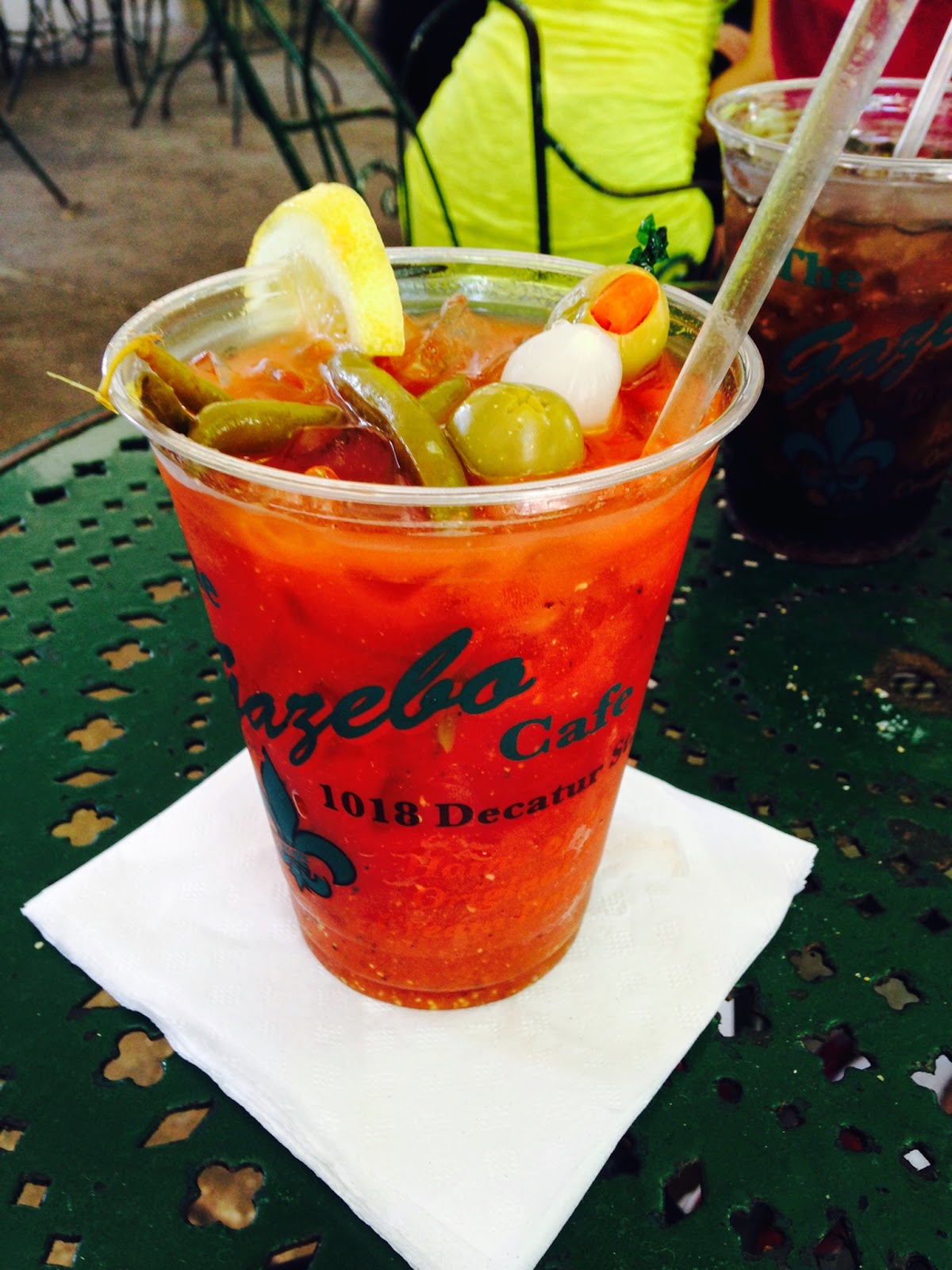 10. Jackson Square:  At night, this is where the fortune tellers are.  We have gotten our palms and fortune read both times and it has been a blast.  We always are up front about how much money we have allotted for those festivities and I have found that one person for $15-20 is somewhat typical, although Alex and I did a joint reading for $30 and it was really fun. Get some authentic NOLA art.  Listen to live jazz and enjoy the sites and sounds, especially at night. 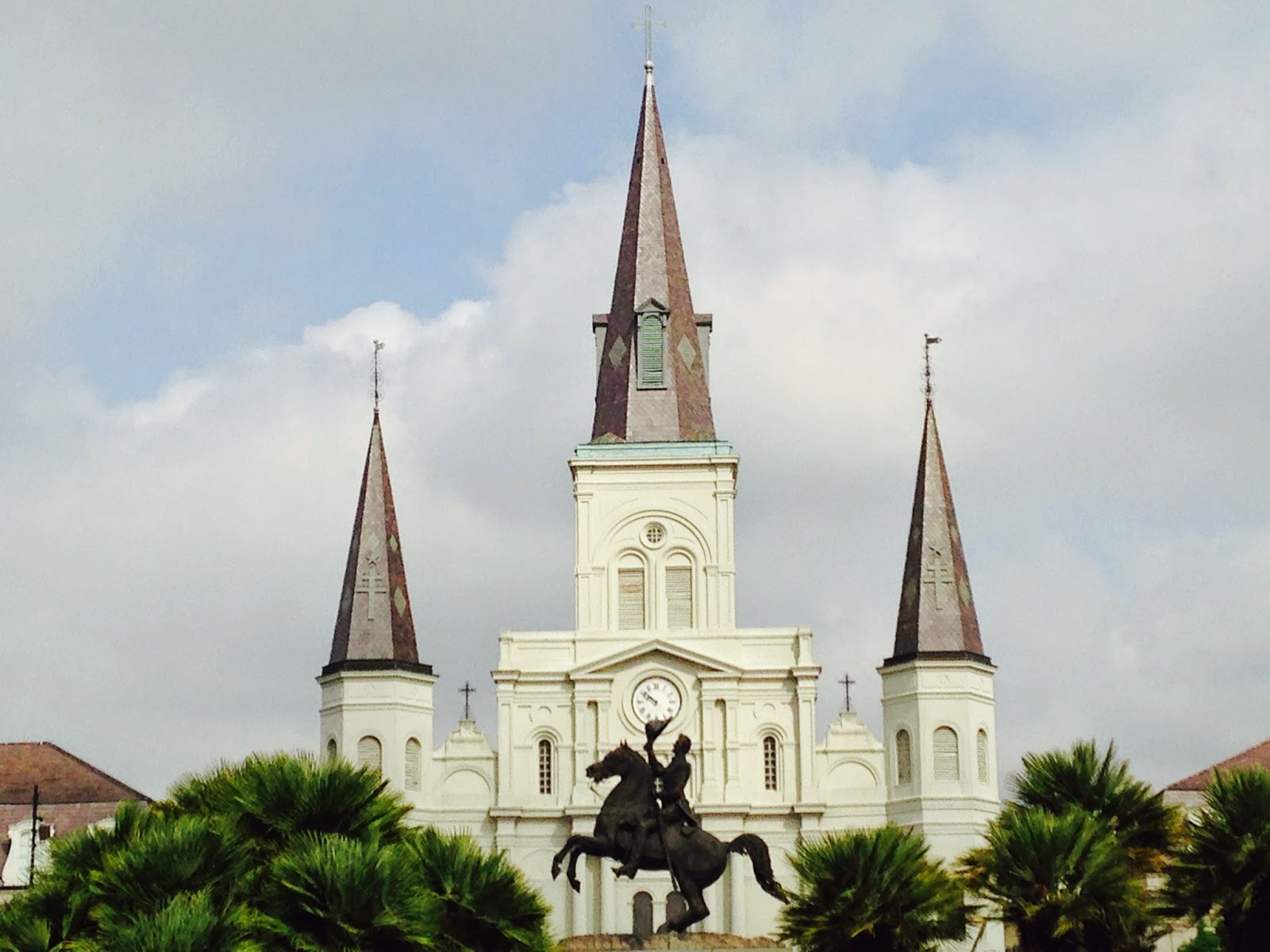 I think it is important to mention that we are not the crazy party people that you see on MTV when they show Mardi Gras and Bourbon Street.  There is a rich culture in NOLA.  There is so much to do and see besides the bead throwers and the couple of streets that do have a certain funk to the air.  I LOVE this place and I hope to go back every year. 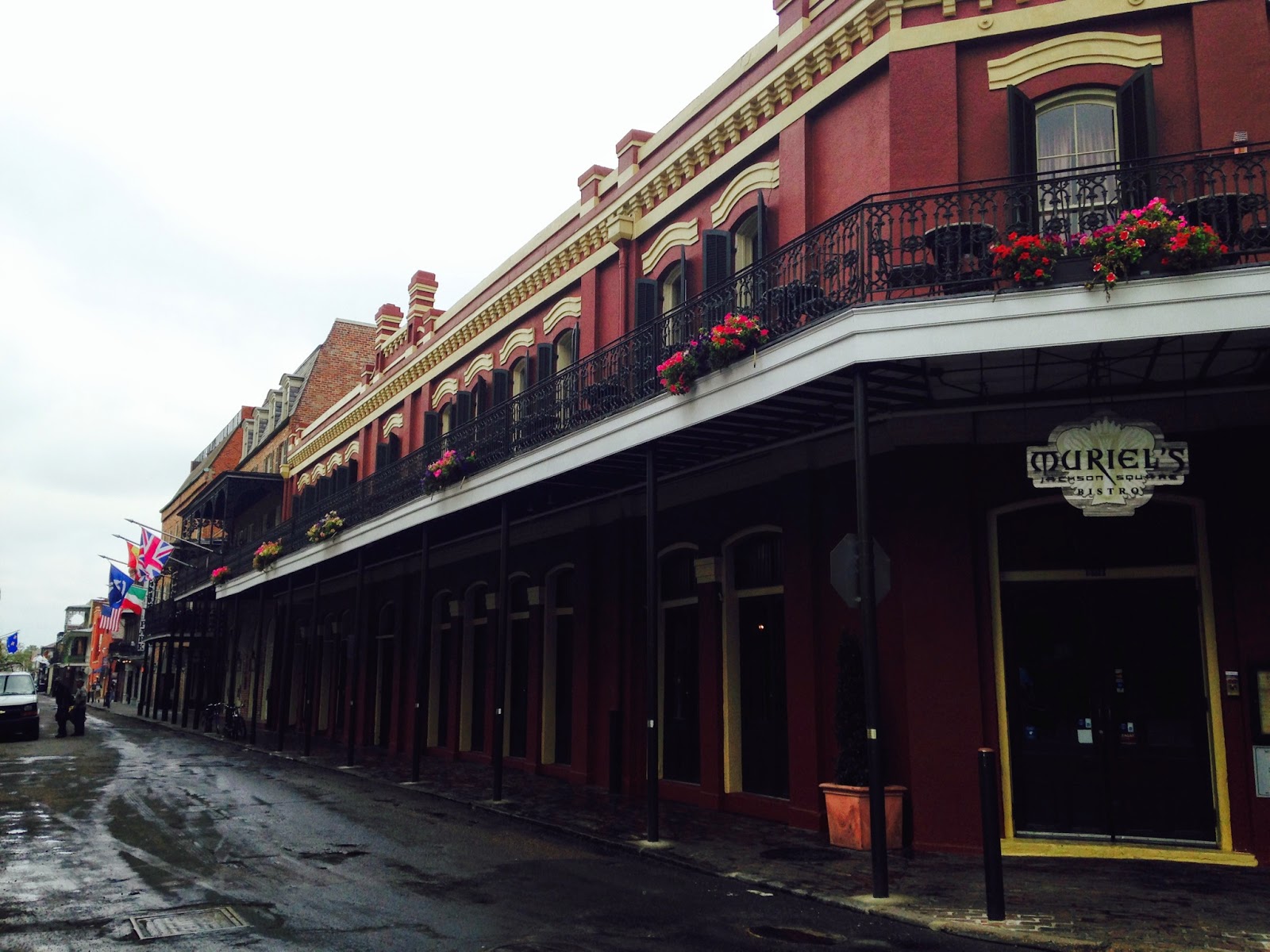 Have you been to NOLA?  Please comment with your favorite places or suggestions on where you like to go!

Posted by The Honest Dietitian at 11:24 AM